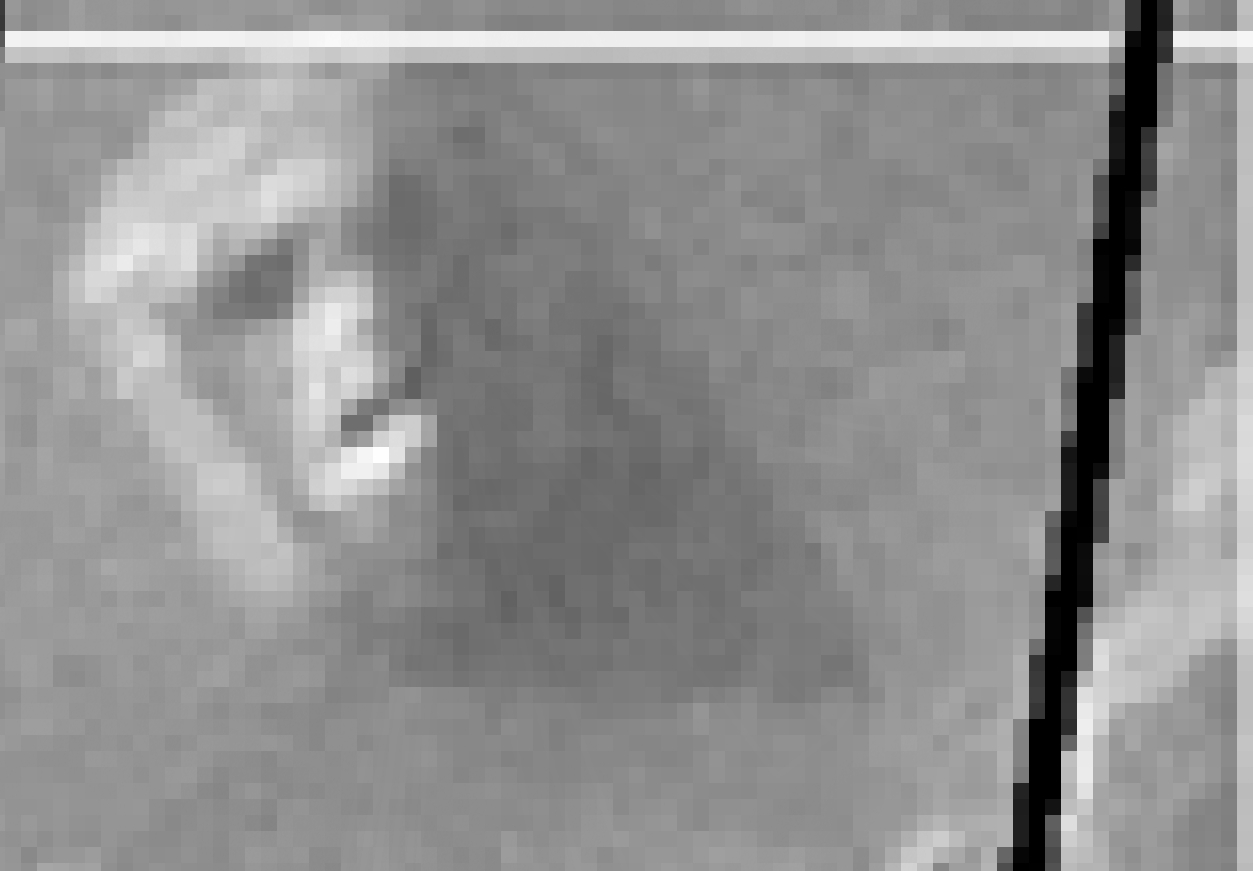 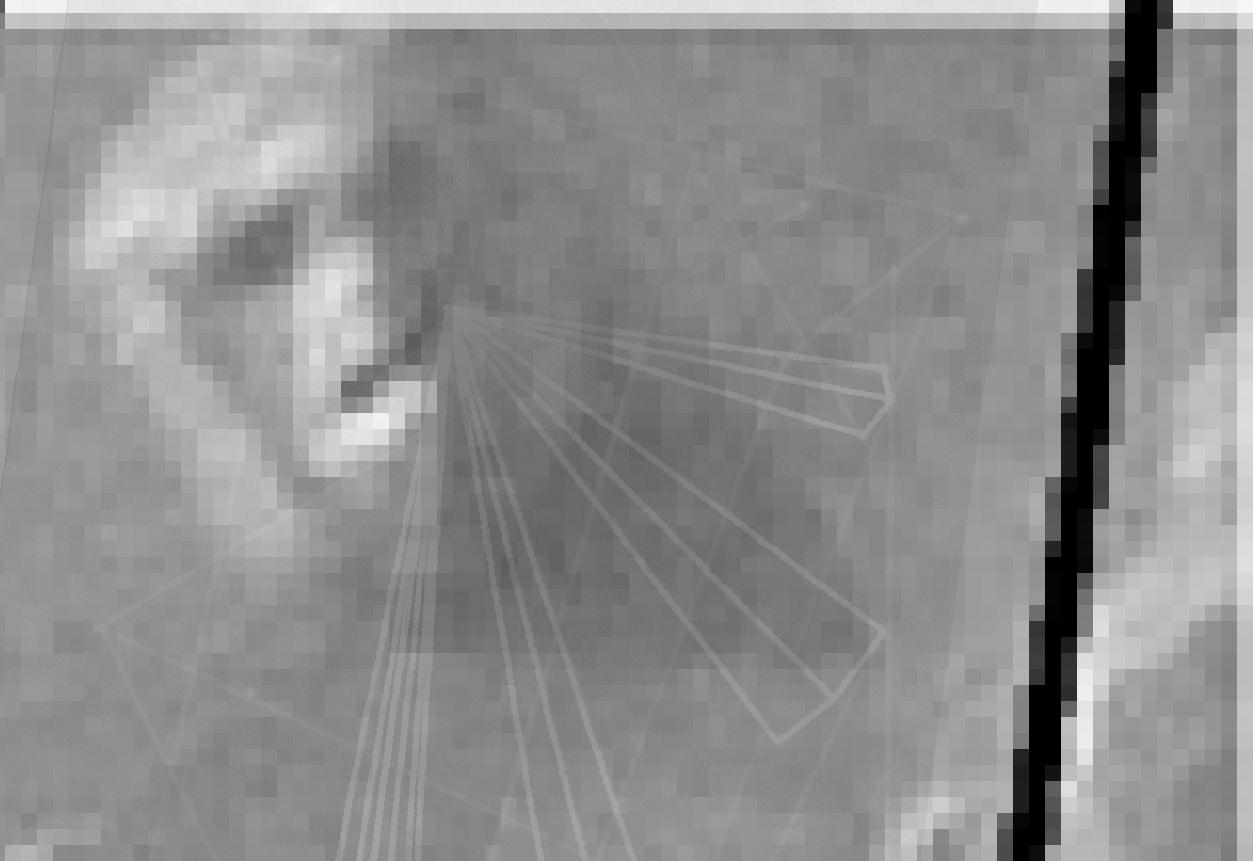 Photo1 shows the original Viking face. Photo2 shows the  MGS photo overlaid over the Viking one. The MGS photo is 90% transparent. 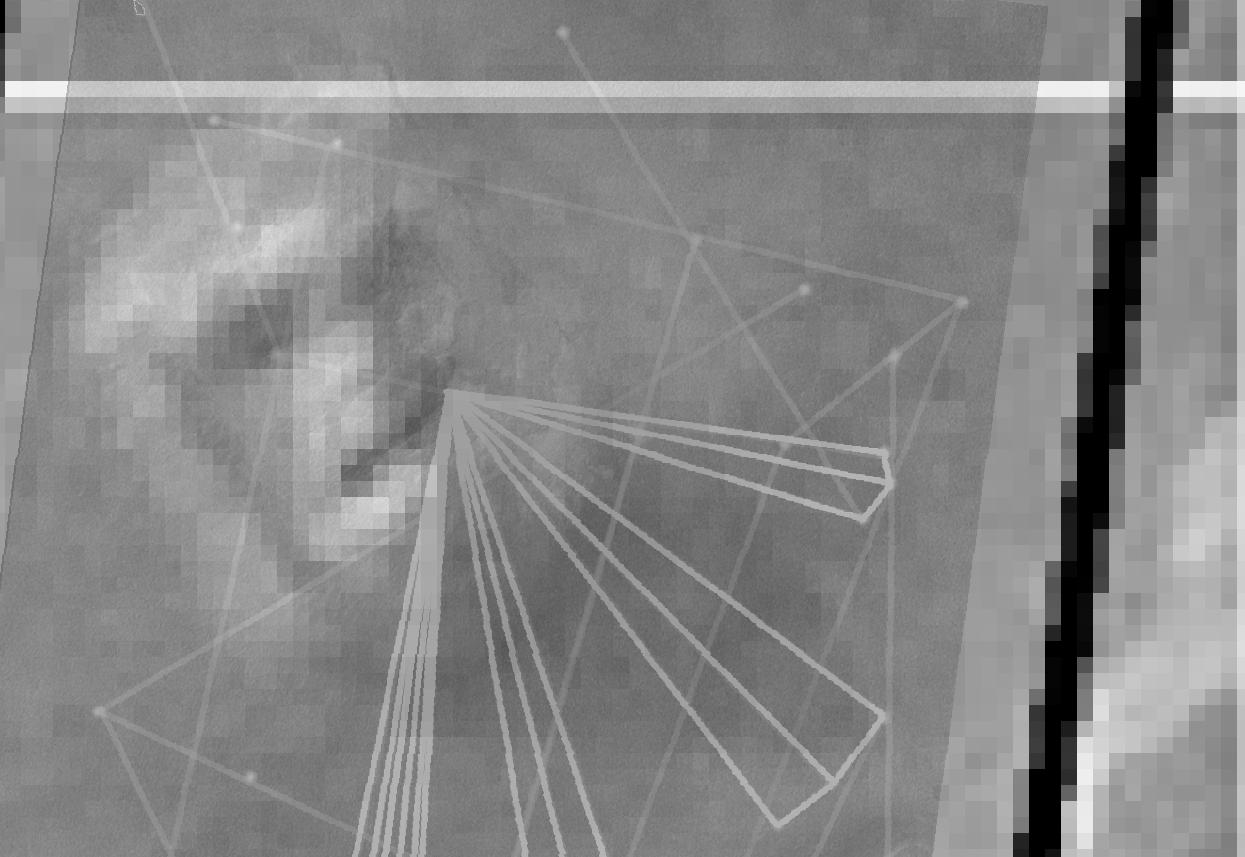 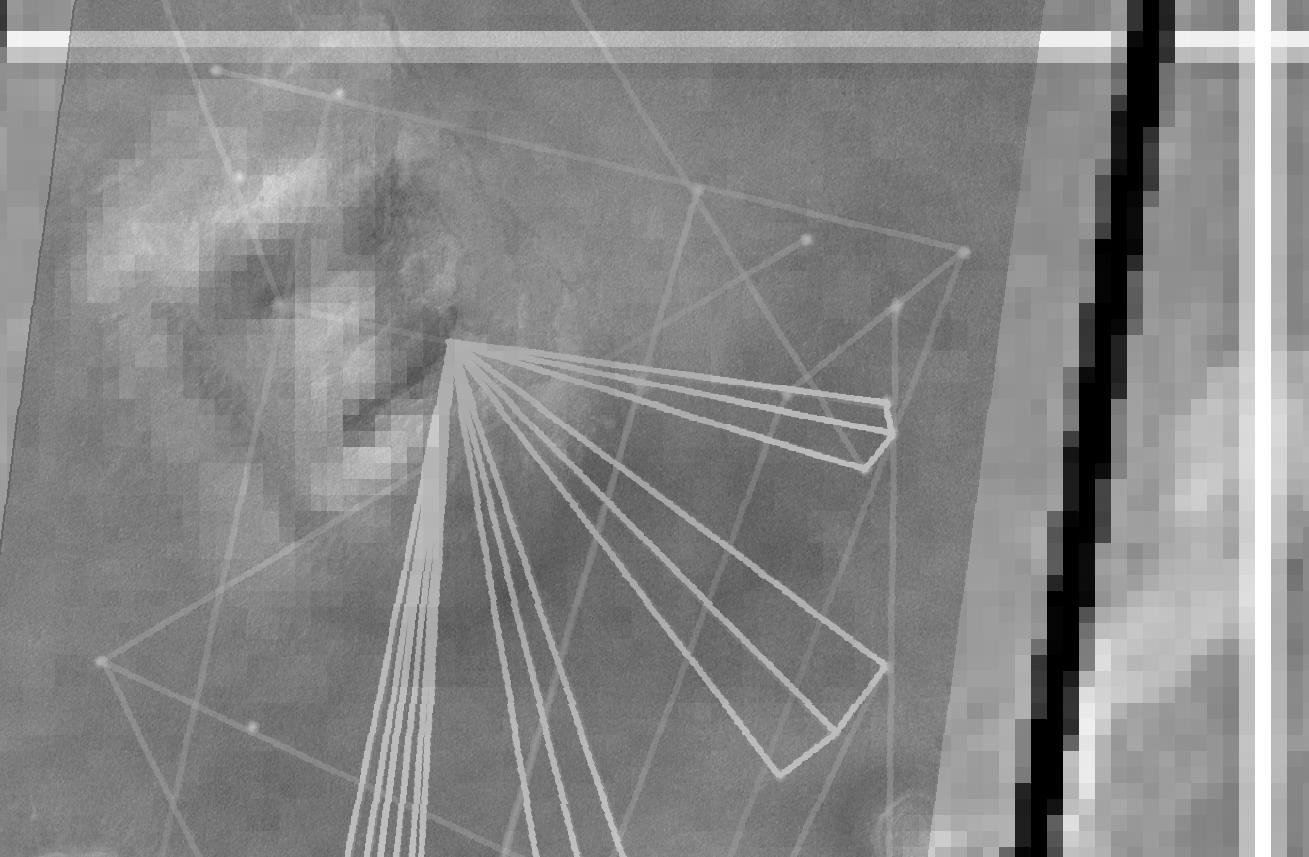 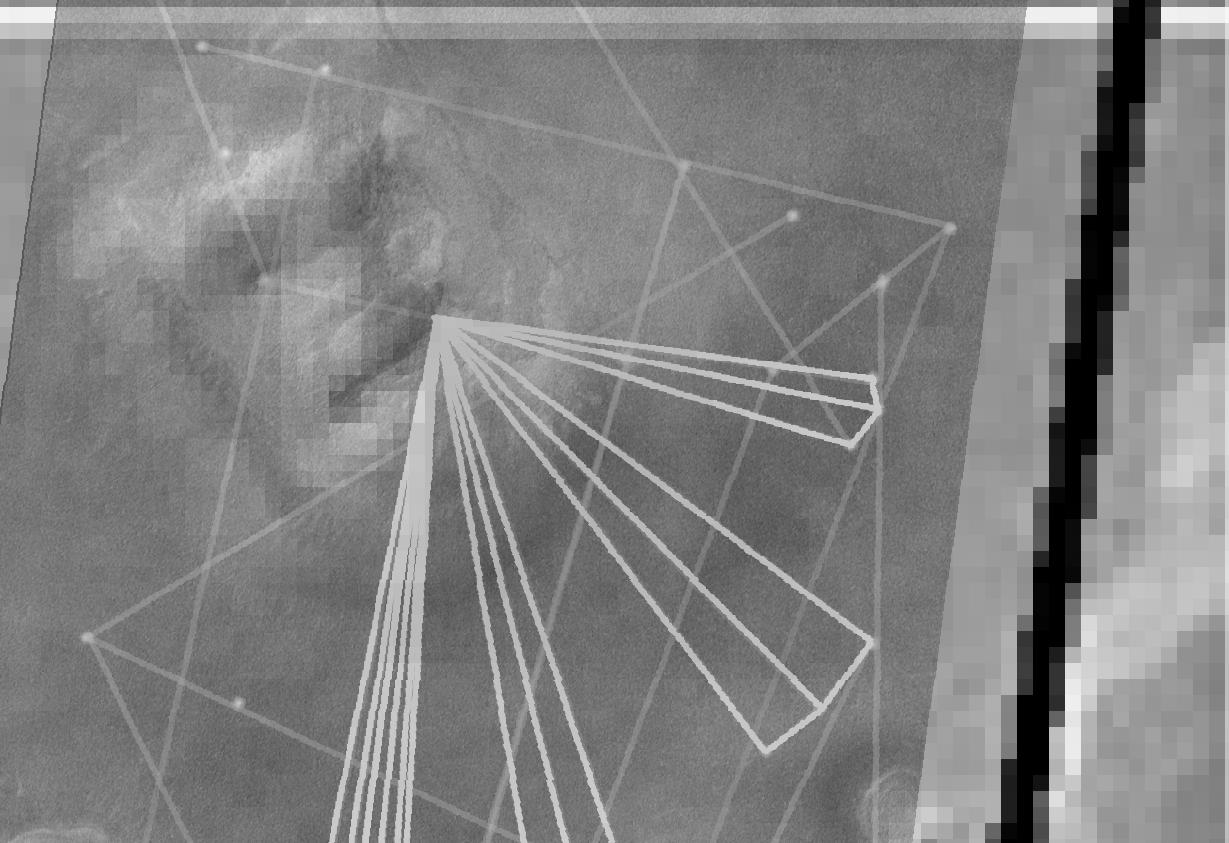 In photo 5 the eyeballs become clearer, and the left eyeball is seen to have 2 lines coming off it (MGS 60% transparent). These lines are added in to illustrate geometric patterns and lines in hills around the face. In photo 6 the face effect starts to fade, but the left eyeball is at its most prominent (MGS 50% transparent). The right cheek appears more as the hill in the MGS photo.
7. 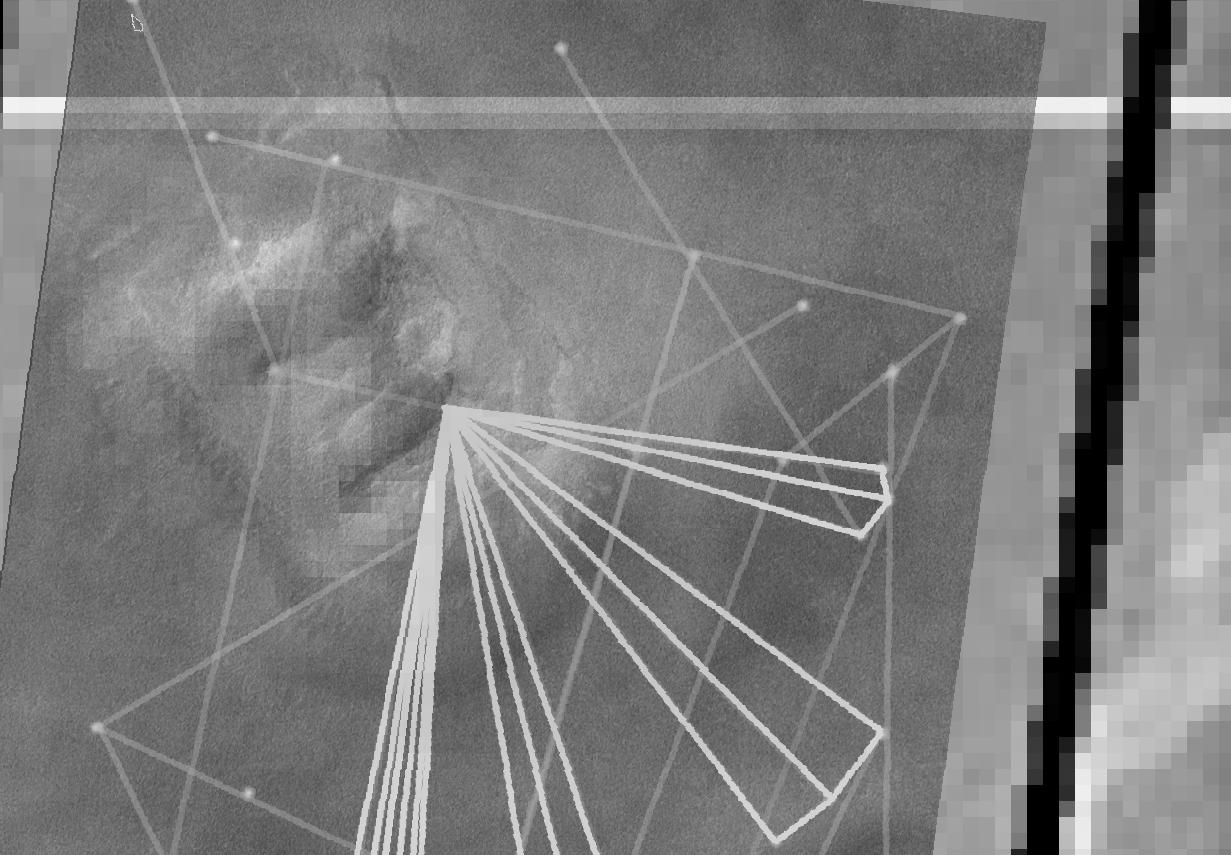 In photo 7 the face effect dies away as the shadows recede (MGS 40% transparent). The triangles appear as arrows all pointing to the same place on the face mouth.

The eyeballs have some interesting symbols on them.

This is the left eyeball in the photo above and this

is a traced outline of the eyeball markings on it. Here

is another view of the eye from the raw photo. Note that raw photos are not rectified for an overhead view, and so appear from a different angle.

This is the right eyeball in the photo above and this

is the outline of the eye shape. Here

is the eyeball from the raw photo.

Where the shadow creates a nose effect there are 2 nostril symbols:

This is the left nostril and here

is the outline. Here

is the raw photo.

This is the right nostril and here

is the outline. Here

is the raw photo.

This is the nose tip ( raw photo

is the outline with the nostrils. In this context the nose appears as flattened with simian nostrils. Here it is in the raw photo. 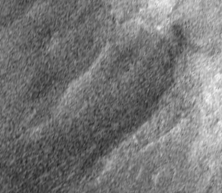 This is the left corner of the lip outlined here:

has the outline shown here:

while the right mouth edge

This last photo is significant in that this is where the arrows all point to. It depicts a complex structure surrounded by possible language symbols.
The lower lip 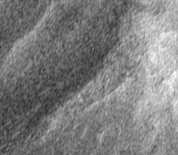 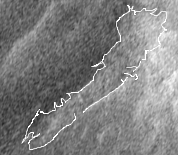 The outlines on the face in the MGS photo is then: 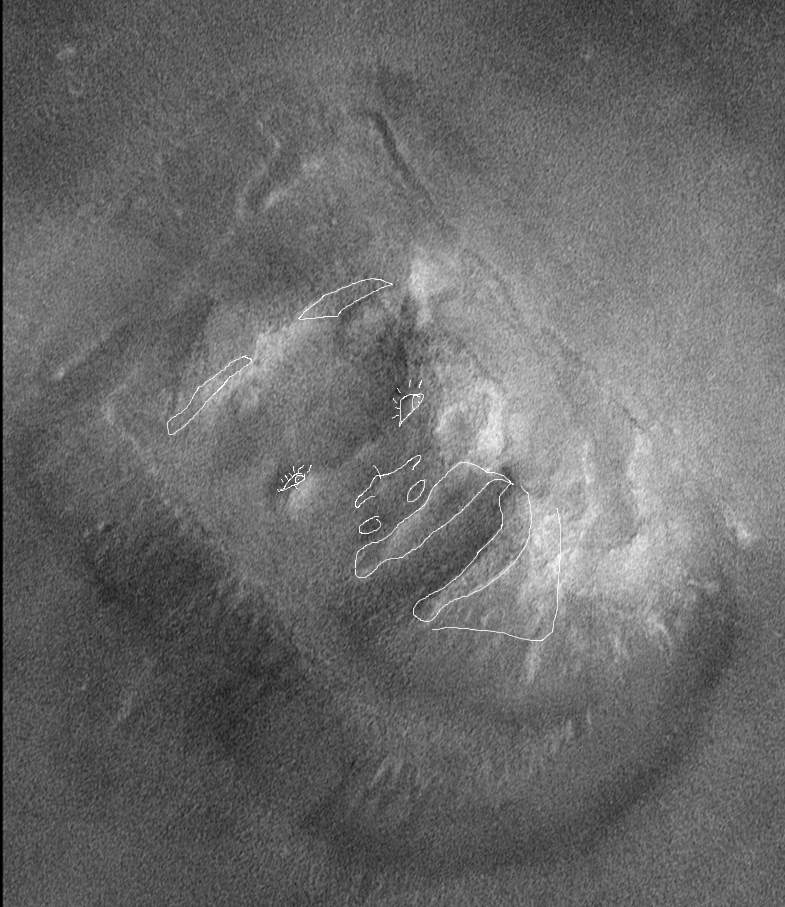 with the shadows forming the features more clearly in the overlays at the top of the page.